Theater on Podil – an example of European theater, where minimalism combines with new technologies. The new scene meets the most up-to-date world requirements. Today it is the first and only completed project of the modern theater of independent Ukraine. The room is designed for 253 guests.

Slightly more than 30 years ago, Andrew’s descent was just another street. There were no theaters and restaurants, souvenirs were not sold, paintings were not written, museums and galleries were not working, and nobody could call it the heart of Kyiv, perhaps it was a joke.

However, in 1987, the second cultural site of the street became Theater on Podil with a young progressive underground group. The second, because Richard’s dilapidated castle was the first to capture artistic youth with their spirit of disintegration and ghost legends.
But with the advent of the theater everything has changed.
Today Andrew’s Descent is a favorite street of tourists and Kievans. The most romantic things are sold there, here are the best views of Kiev and the Dnieper, here the Ukrainian cuisine is especially delicious and it is here that the most romantic mystical stories are made. 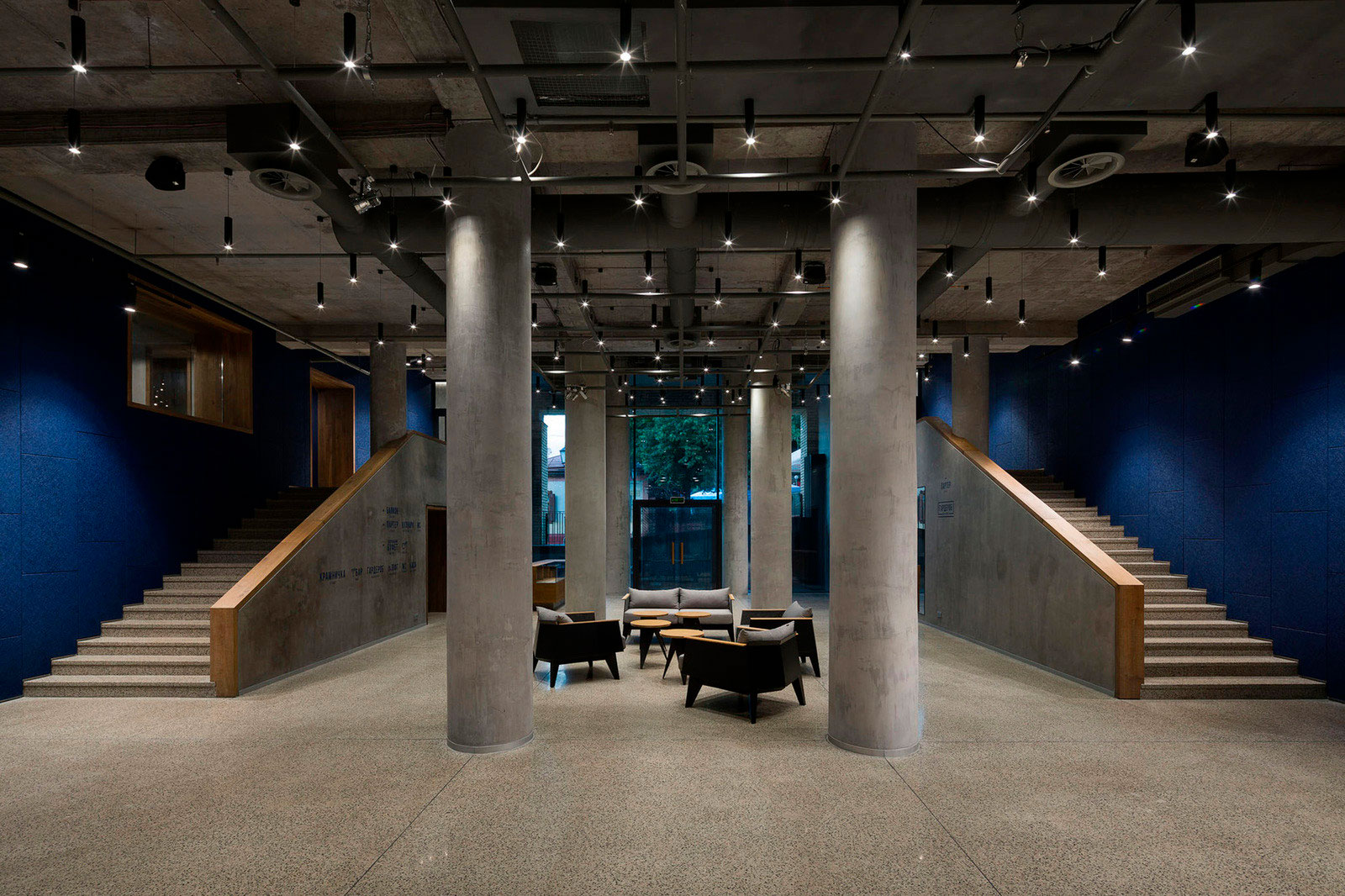 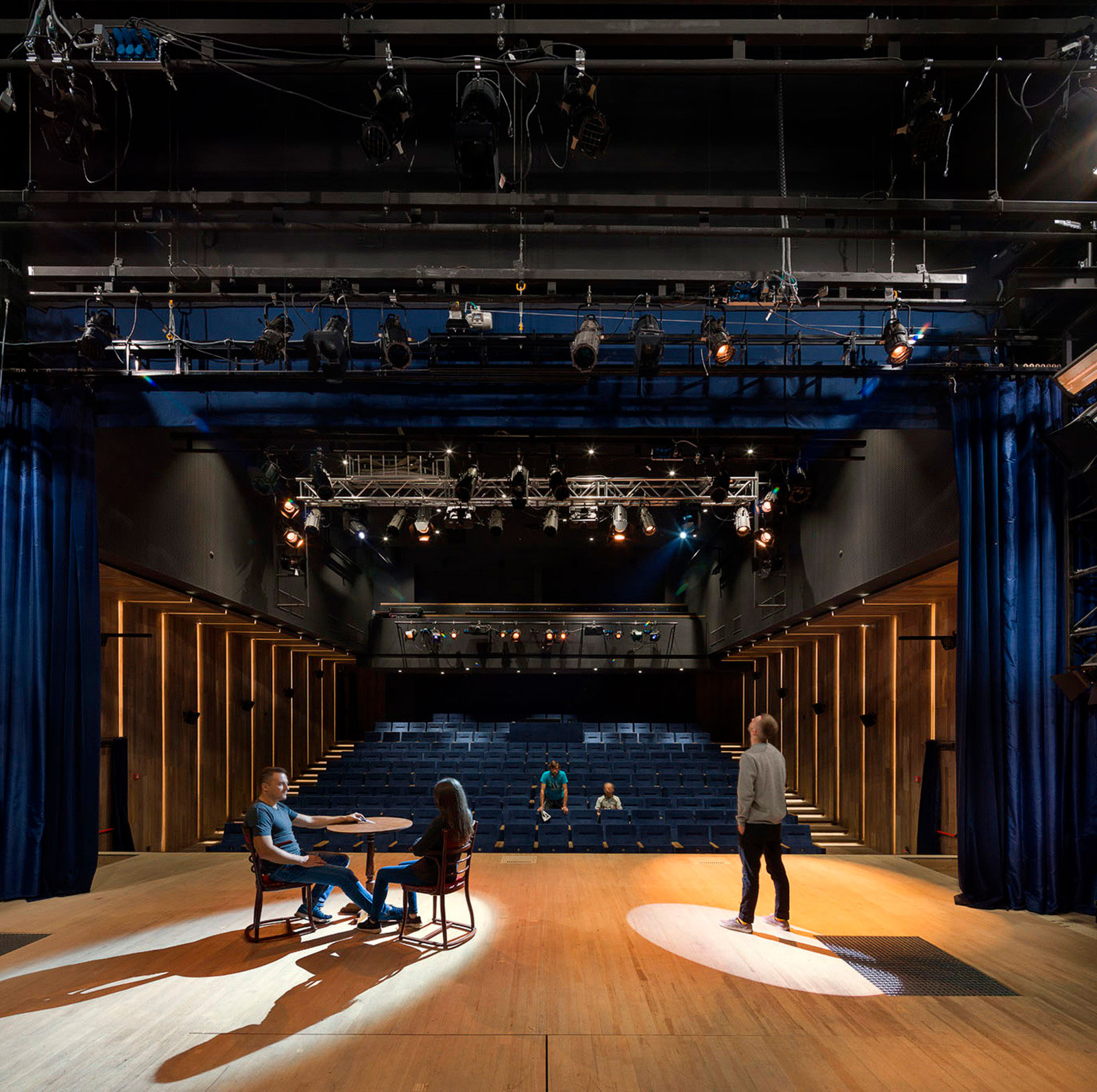 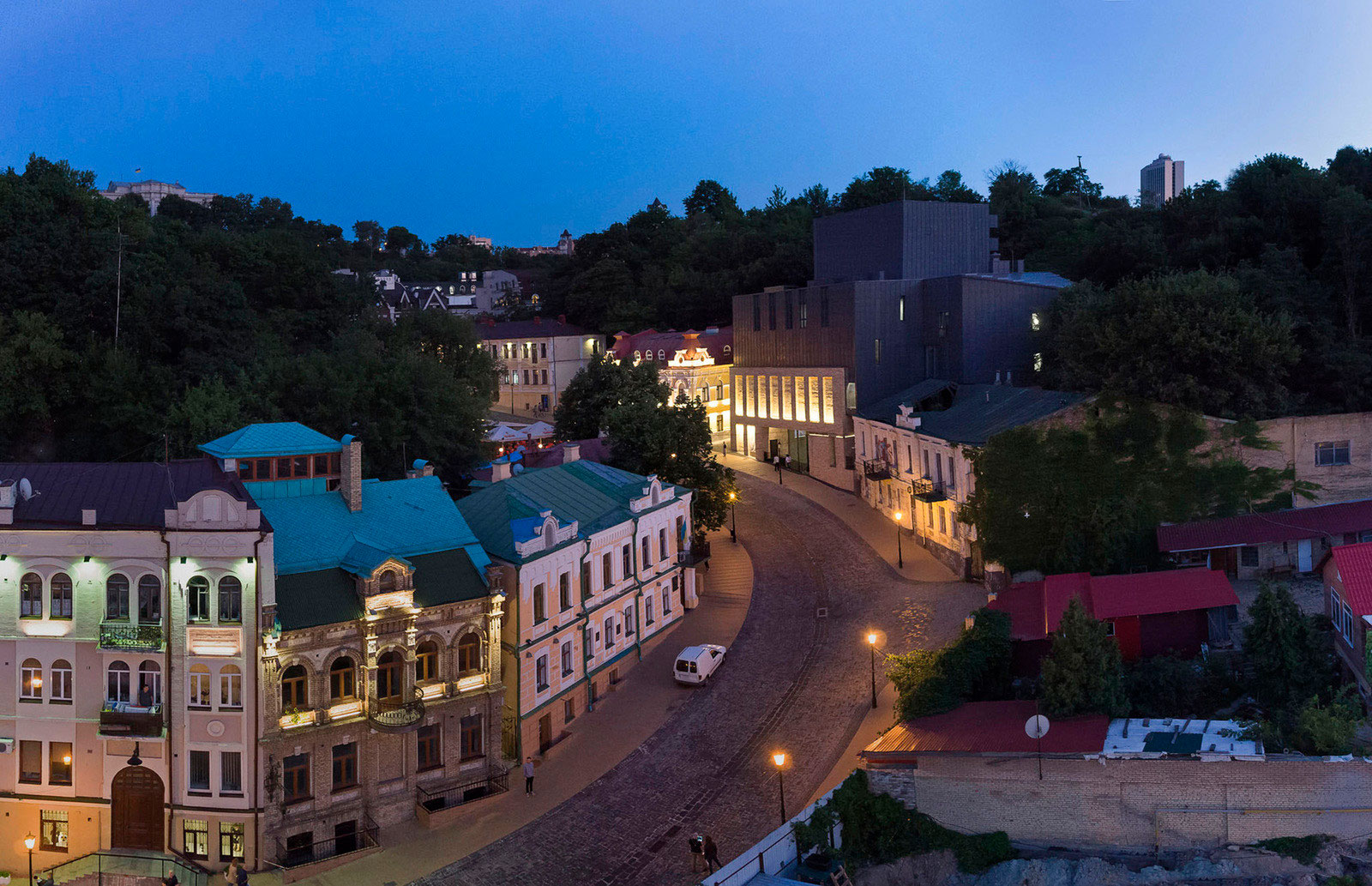 The theater is equipped with 2 special screens, 6 video projections, with unique moving hard curtains, projection screens and floor. This allows you to work without material scenery. There are two overhead scenes: the English turning circle and the design that changes the angle of the surface to 90 degrees.

The special speaker system provides a powerful and completely identical sound for each place in the theater hall. One of the most modern sound consoles in the world allows to sound two full symphony orchestras. The lighting workshop has more than 150 instruments of different types. The theater works with a holographic film and a grid. And also has machinery-generators: smoke, fog, wind, snow and rain. A 5D effect is provided by a special installation of spraying scents.

The theater is accessible to people with disabilities, performances are translated into sign language, audio description is available, there is an option of a “game room” for parents who come to the show with young children.

Theater on Podol – a theater for everyone.

The theater on Podil is an example of building of the late 19th and early 20th centuries. At the turn of the 20th century, a complex of buildings belonged to the famous Kiev jeweler, who used the building B as a jewelry and icon painting workshop, and on the second floor, as now, there was a scene where the home theater worked. In the building A, on the site of which is the New Scene of the reconstructed theater, he lived personally. The peculiarity of the house is a successful example of the architectural solution of the period of eclecticism. In the mid-1980s the building was transferred to the Theater on Podil.
In October 2017, the theater was opened, completing the 25th “epopee” of the capital reconstruction.

Today, Andrew’s Descent is a favorite street of tourists and residents of Kiev. Here are the best views of Kiev and the Dnieper, here in a special way tastes Ukrainian cuisine and this is where romantic mystical stories take place.

One of these was a play, embodied in the theatrical bouts-rimes VERNISSAGE ON THE ANDREEVSKY. The premiere of the play took place in 2014. It is a kaleidoscope of vivid characters, legends and stories. Perhaps this word perfectly describes the colorful Andreevsky descent today. The performance tells at once a few strangely intertwined stories.

The events take place in a cafe called “Mamihlapinatapai”, which translated from the language of the tribe of Tierra del Fuego (Yagan) means «A look between two people, which expresses the desire of everyone that the other will initiate what they both want, but no one wants to be first». This word can be considered accidental, but not for such a street, where chance changes the course of events. By the way, this word is listed in the Guinness Book of Records, as such that it contains the most meanings. Like one small street, which has collected dozens of such multicolored centers of culture.

And the performance VERNISSAGE ON THE ANDREEVSKY became a very characteristic performance-carnival, in which we try every time to recreate the spirit of an extraordinary street in a fictional cafe called “Mamihlapinatapai”. 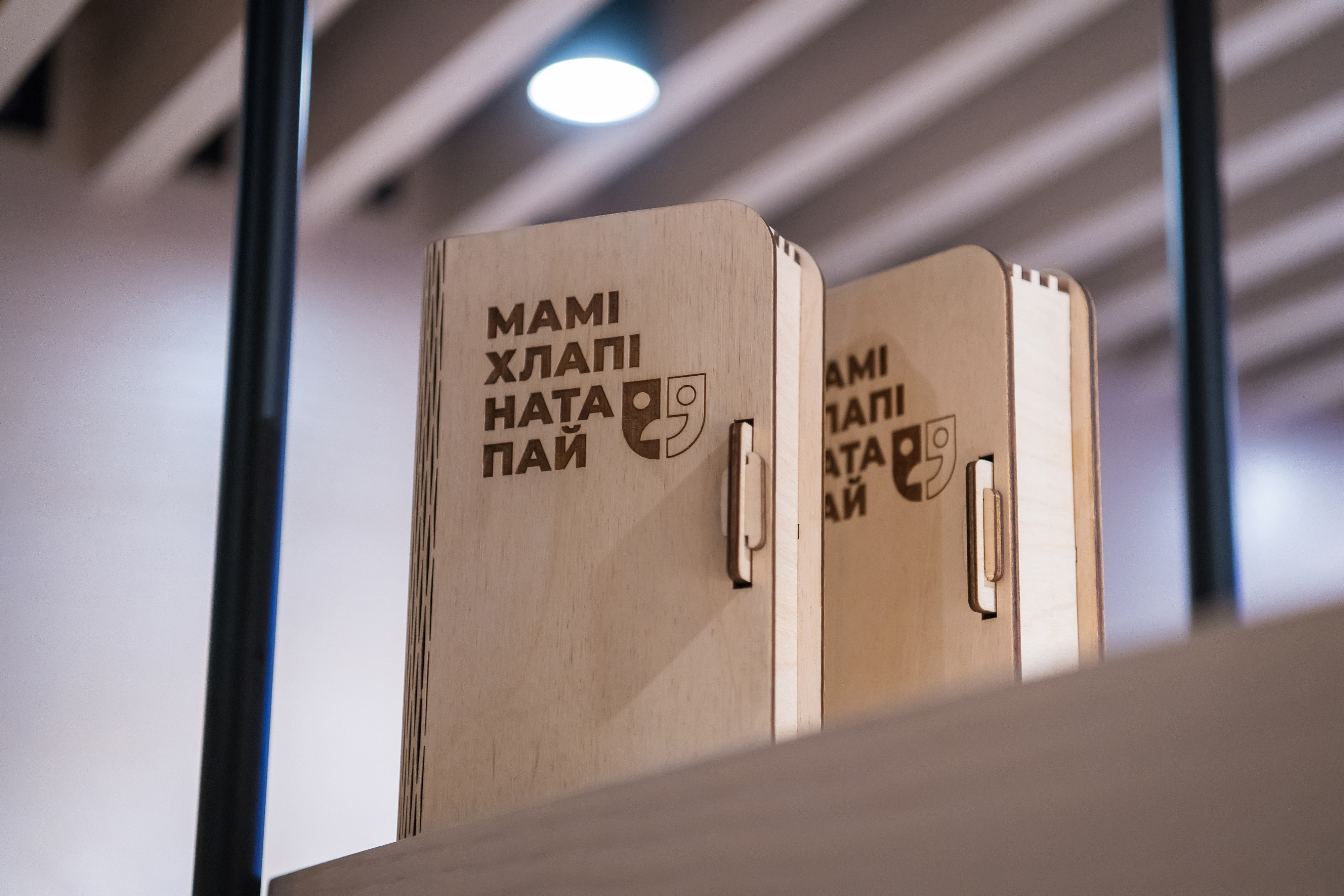 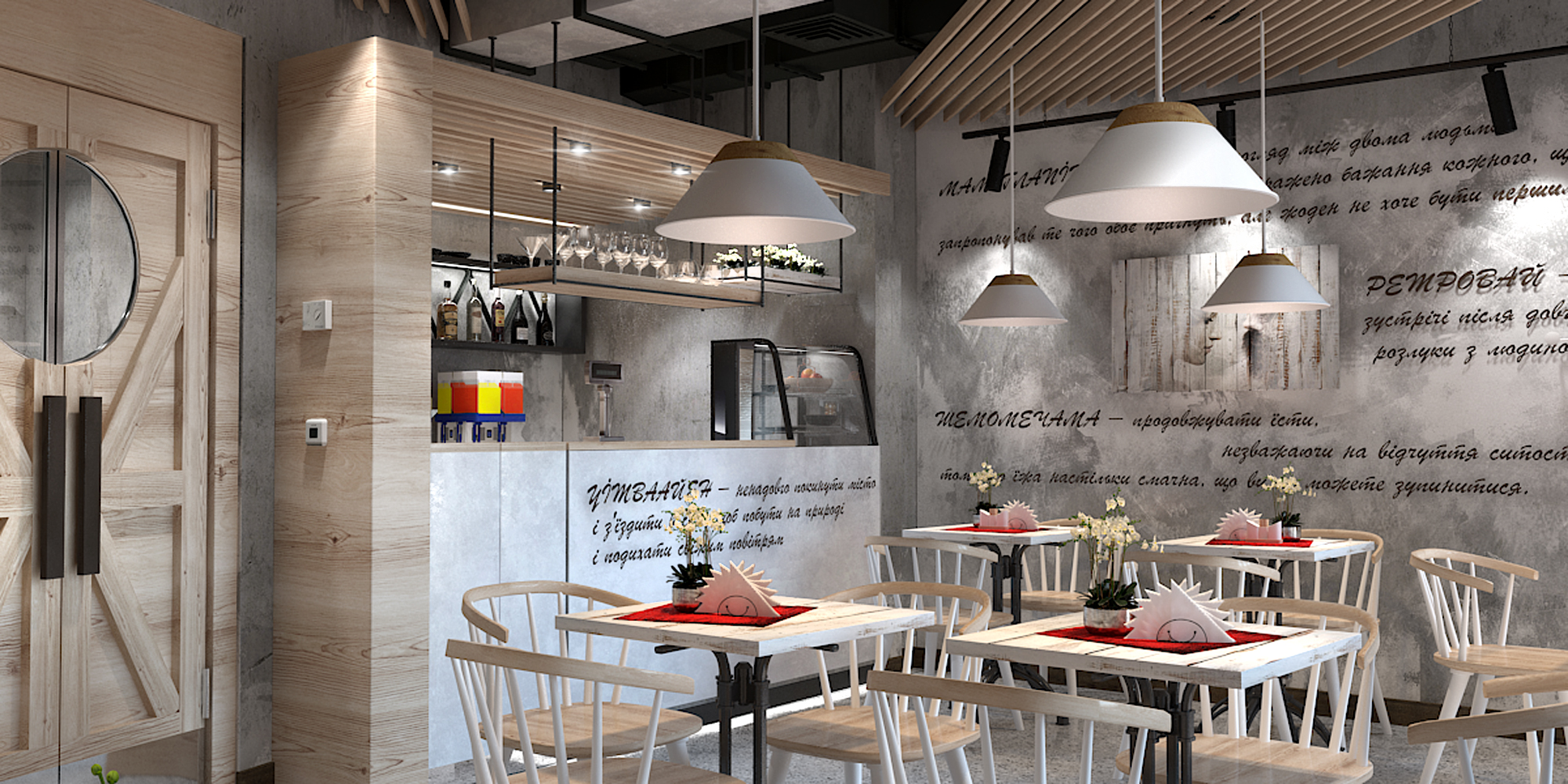 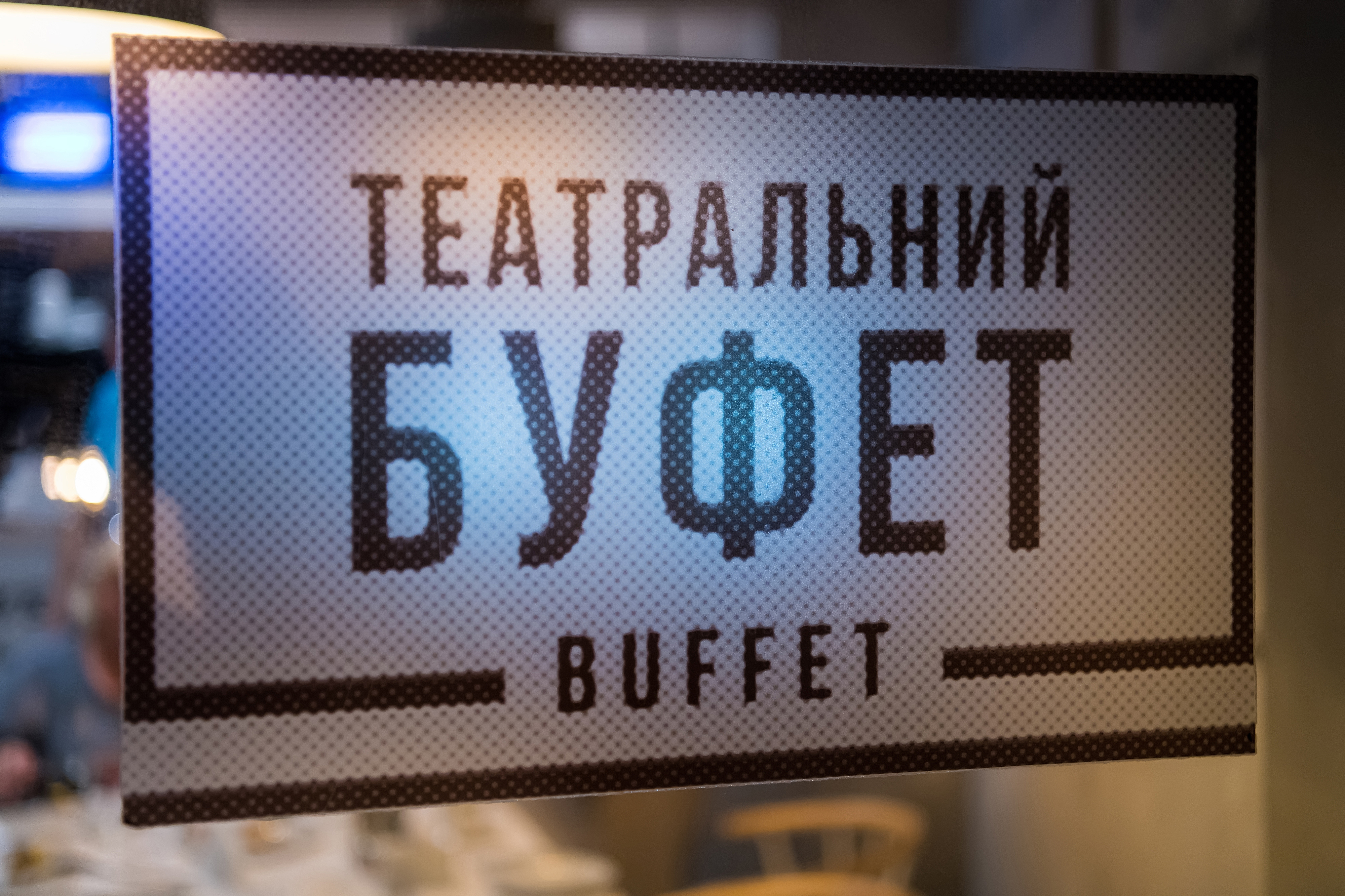 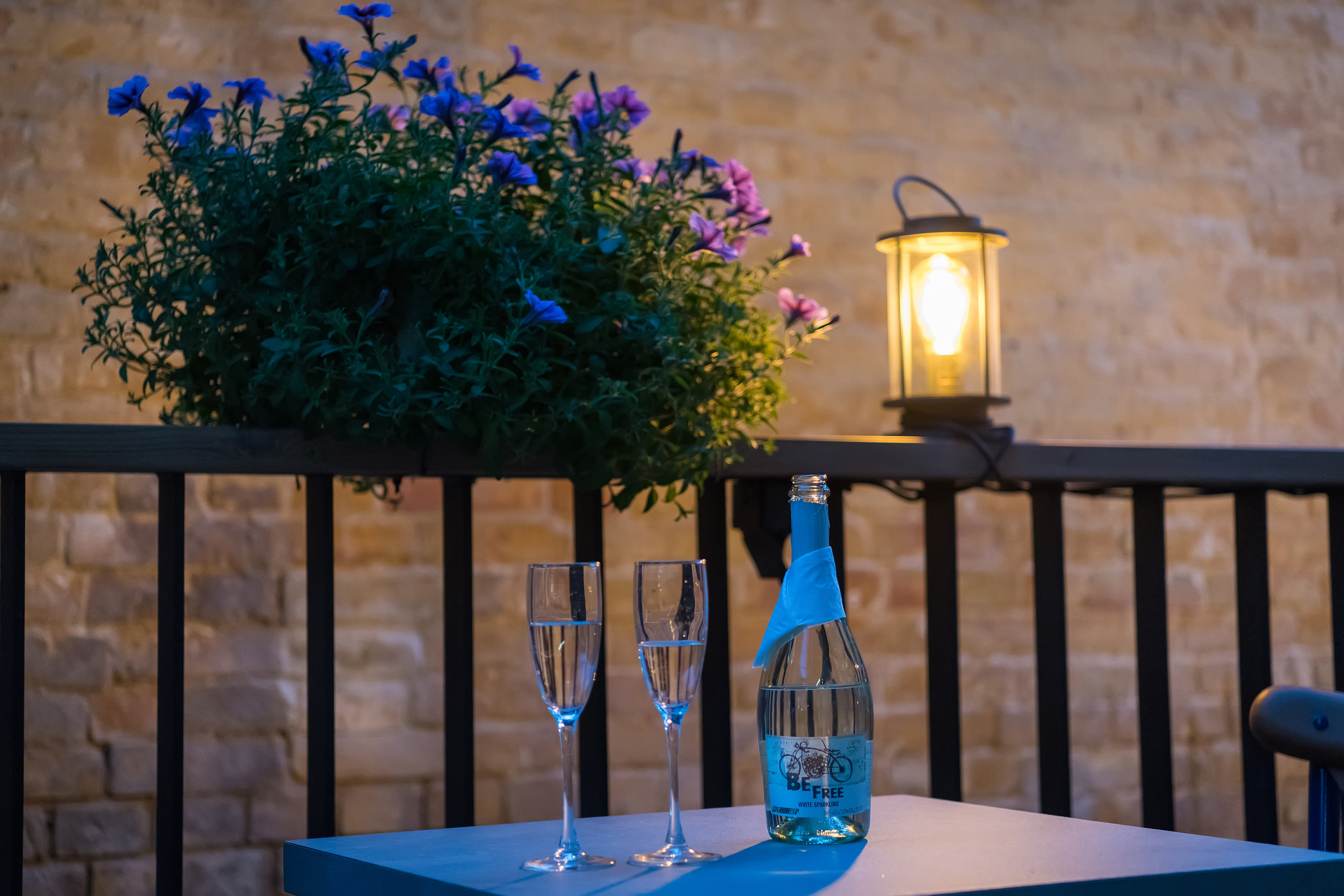 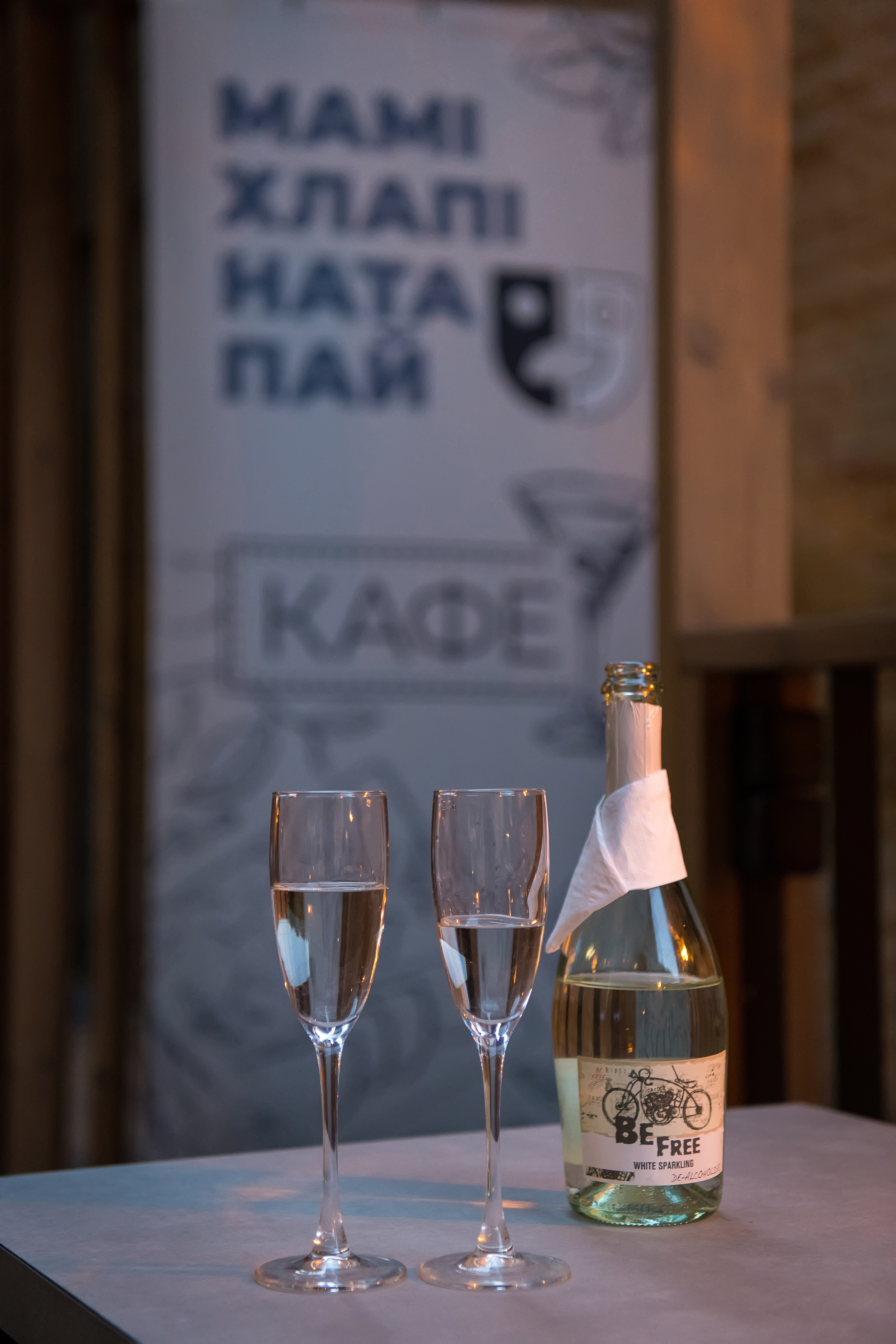 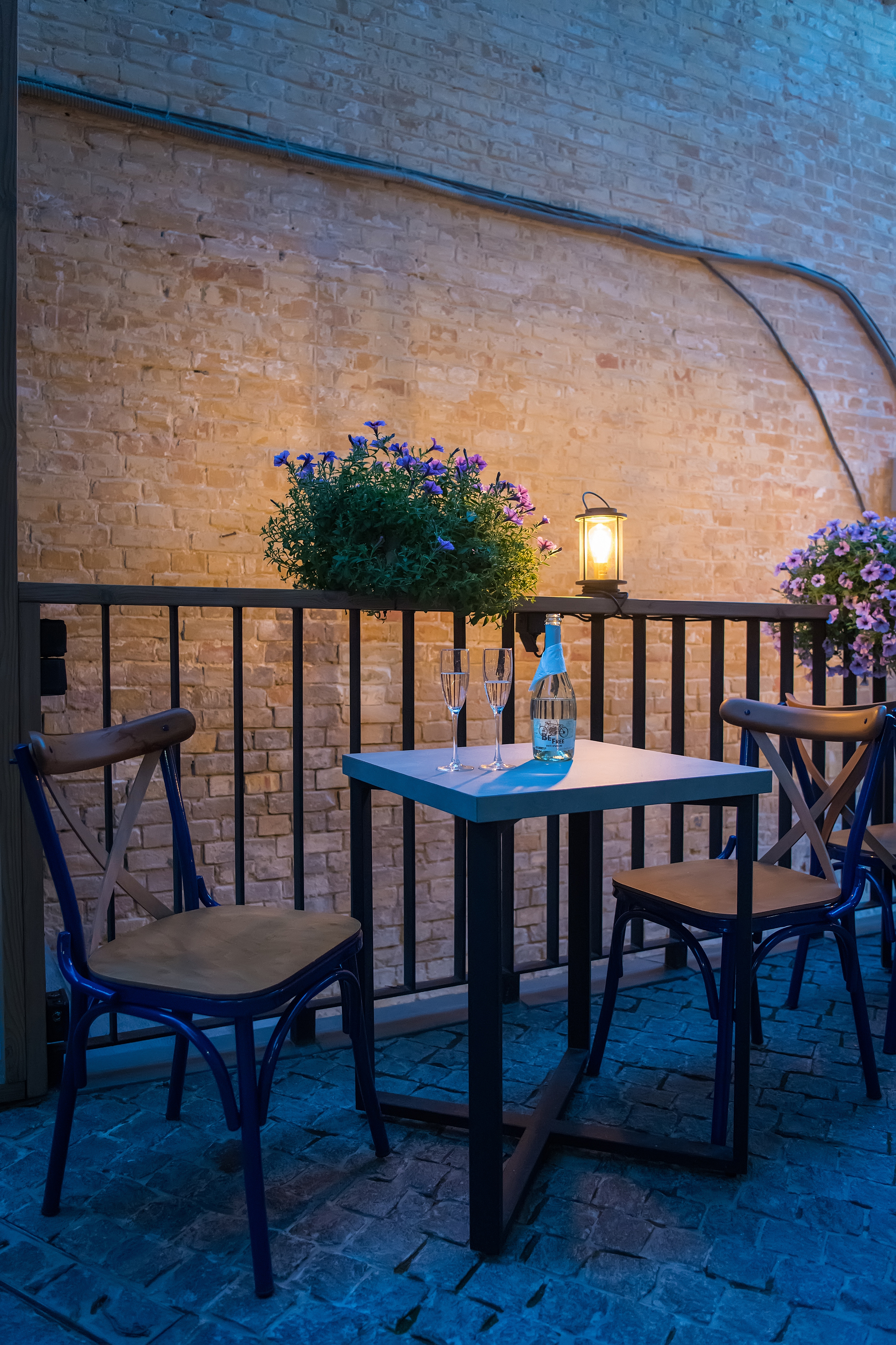 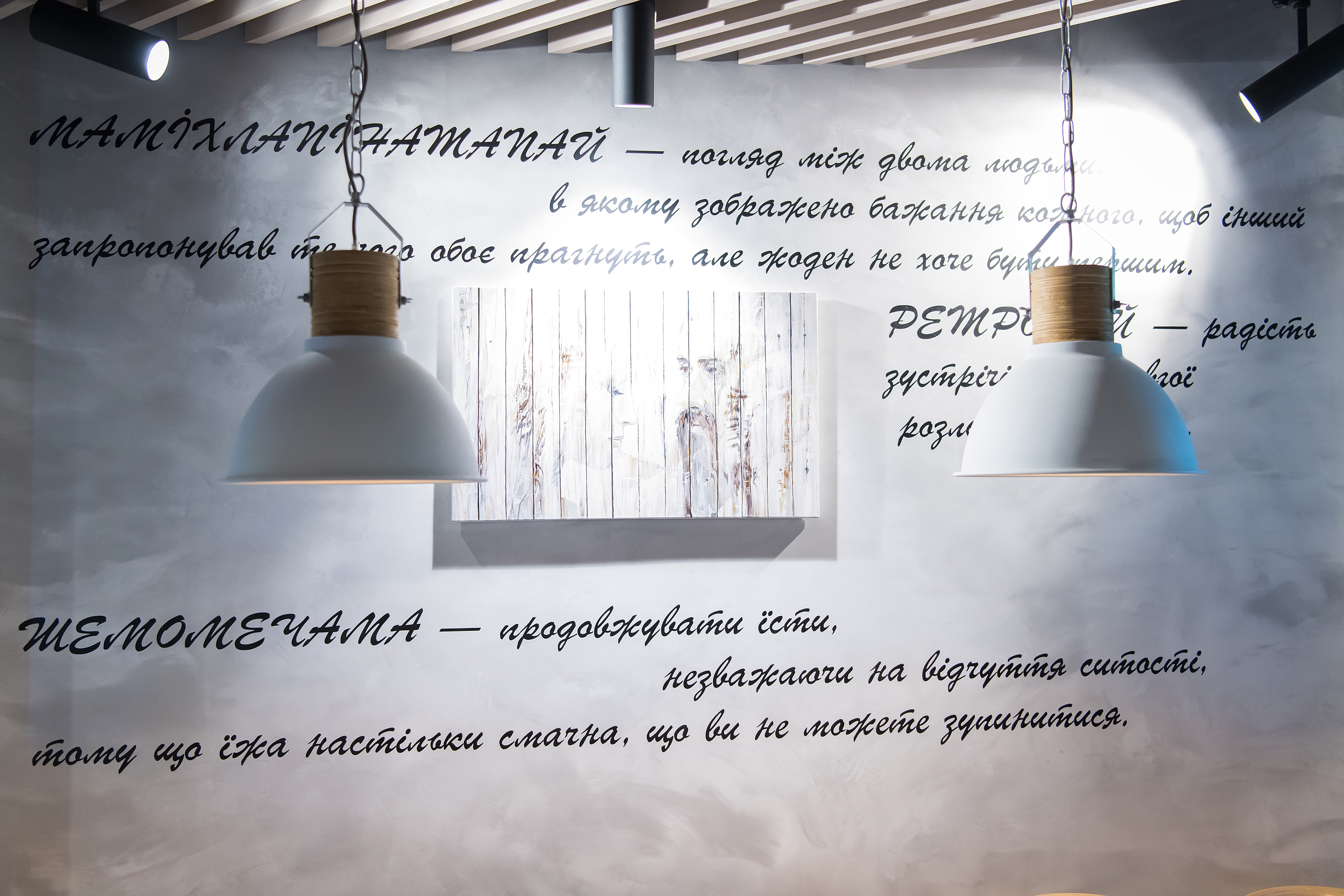 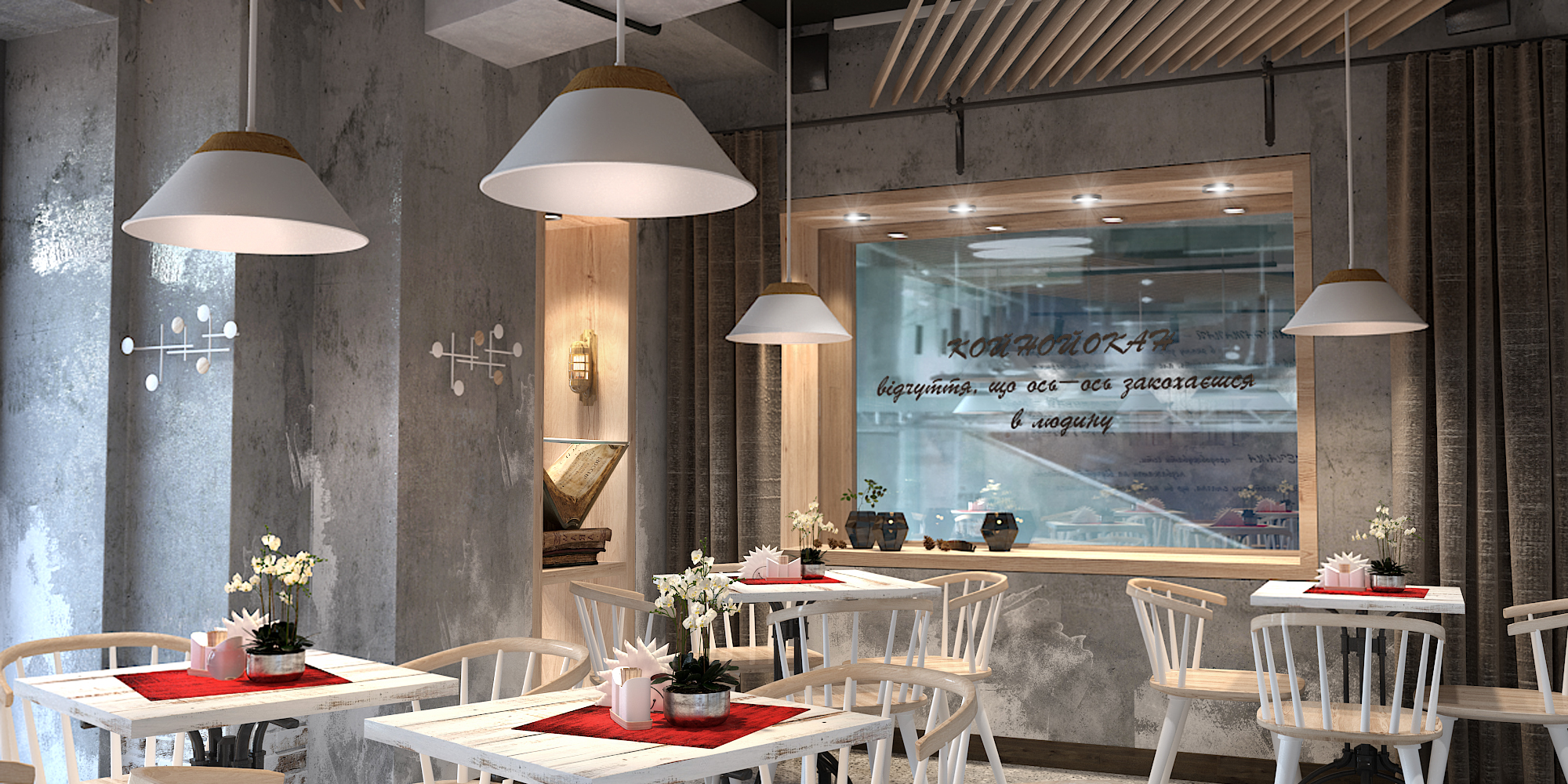