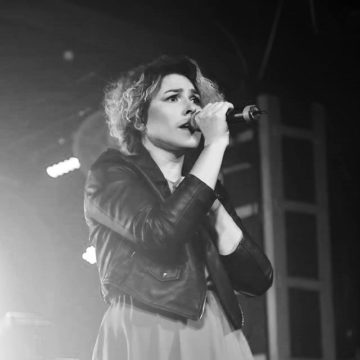 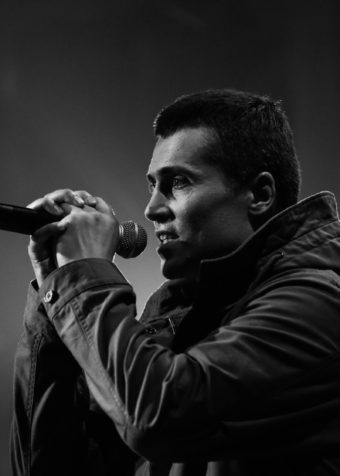 Singer and actress “on the call of the soul”.

Marina came from Lugansk region, spent her childhood in a creative environment, dancing and singing, and was an active participant in the concert life in her native village of Novopskov (Lugansk region). After graduating from the school with a “gold medal” entered the pedagogical university for the course “Musical art”, but after a year of study decided to change the creative vector to more pragmatic and received economic education at the Lugansk National Agrarian University, specializing in Management of Organizations.

Since 2018, he has been studying at the Public Administration Program at the Ukrainian Catholic University

From 2003 to present he works in a banking commercial institution, having taken a career from an economist to a marketing manager at the central office of a commercial bank. All the time, music remains a constant hobby.

She is active in public activities, supports decentralization and his community.

She is one of the founders and participants of the recording of the music album “Got To Be Free”, that became the basis of the rock musical Got To Be Free.

It is interesting that Maryna and her friends actively participated in the events of the Revolution of Dignity, and plays the role of herself on the stage.

Quote: “Everyone who was on the Maidan had his own mission, sometimes not realizing it. As a result, each activity, each initiative, influenced the course of events. Someone was a centurion, someone was building barricades, someone was cooking, someone treated and provided first aid, someone appeared on the stage and encouraged others, someone was sweating food, and someone spoke in a beautiful English to the foreigners that we are struggling and stand here for European values ​​and a free country, and this list can be continued. People from different cities created a story. And no less important, people who were on the Maidan then first went volunteers in May 2014 because they already understood the price of our freedom.”

GOT TO BE FREE − Malanka, activist of Maidan